Having bridged both the buy and sell side, there are considerable differences in the technical skills required for each role.  We will start by first stating that having strong technical skills overall won’t be wasted, but for those who are younger in their career and trying to figure out where to start or for those that are considering switching careers, we have outlined what to expect and the differences between roles.

In terms of which role requires more technical skills, generally the sell side fits this category (albeit there are some very technical heavy buy side roles).  Frequently the pitch process demands analyses to prove out theories and recommendations.  Usually, a financial model is employed that could either be done by a structuring group or by junior bankers.  When a transaction moves to a mandate, then the analytical process gets even more detailed with legal documentation and ensuring the transaction’s documents mirror the analytical structure.  Finally, rating agencies may be involved, which necessitate technical analysis to ensure the transaction is adhering to the agency methodology.

The critical distinction of why sell side roles usually require more technical skills is time.  Banks working on pitches and deals usually have weeks or even months of deal process.  This varies considerably from the buy side, where for debt transactions a deal can be brought to a buy side shop and there could be anywhere from a couple week decision process down to even a single day.  For equity, the timelines longer and in those buy side capacities, usually more technical. 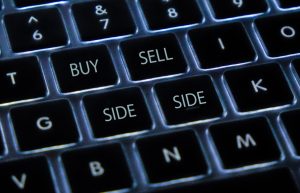 However, debt buy side shops will often rely on third party modeling programs or banker’s models.  This is largely related to the speed at which a credit decision needs to be run.  Another reason though is staffing.  Buy side entities are usually far less staffed than sell side banks where there can be several analysts, associates, and VPs on the junior level.  In some buy side shops a senior research analyst may be working solo on deals, even doing all the analytics.

For those young in their careers, banking is often a good introductory role as the training process at most banks will require technical skills.  Additionally, after being staffed on several deals there are technical elements required that will provide “trial by fire” skills.

For those switching careers, let us start with the typical sell side to buy side change.  This should be simple from a technical standpoint, but what might come as a surprise is the reduced transaction time frames.  Those used to taking time and building each component of the analysis will have to adjust their time focus to creating analytical systems built for quick analysis and comparison.  For those moving from buy side to sell side there can be a steep learning curve.

Buying legal Testosterone Propionate online in USA: Three keys to stretch Testoviron before and after exercising

4 Signs of an Excellent Financial Modeler