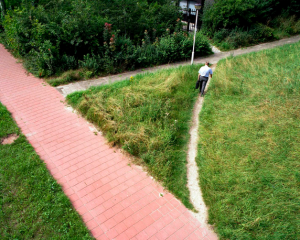 Warning, this post may sound like blasphemy for seasoned financial modelers or any experienced Excel user.  Using Excel shortcuts as quickly as possible has become a sign of a skilled modeler.  It’s become so ingrained in the finance world that there are rumors of some managers taking away new analysts’ mice until they are fluent in all Excel shortcuts.

Enstruct believes there is little correlation between someone who can speed through a spreadsheet using shortcuts and a good financial modeler.  In fact, in some cases it can be detrimental.  While overseeing junior analysts at a bank, there were a few that were very skilled in every possible shortcut.  However, as I would go through a model with them, they would build or rework sections at a frenetic pace.  The speed was truly impressive… as were the mistakes.  In some cases it was just ridiculous watching “undo” (CTRL-Z) being used three times, after three unsuccessful attempts at the right keystrokes.  Other times it was more concerning when paste special values (ALT-E-S-V) was used instead paste special formatting (ALT-E-S-T) and not noticed; effectively hardcoding a value instead of leaving a formula in place.

Some things are obvious to use shortcuts for, but the need to do it for everything is absurd.  Beyond potential mistakes, a good financial modeler is composed throughout development and always thinking of alternative methods or efficiencies.  I’ve found one of the most useful ways to ensure this style of thinking is to not always rely on certain shortcuts and use mouse clicks.  While the actions are inefficient, they are simple and almost muscle memory.  During the time it takes me to do some of those actions, I think about the formulas I’ve just created and the model structure as a whole.  These opportunities let me think about how I can make a better model, rather than quickly building a poor one.

Breaking Employees Down Before Bringing Them Back Up: Test Then Train

How Many Tennis Balls Can Fit in a Room?